Arjun Kapoor wishes uncle Sanjay Kapoor on his birthday: ‘Love you, but I’m still funnier than you’ 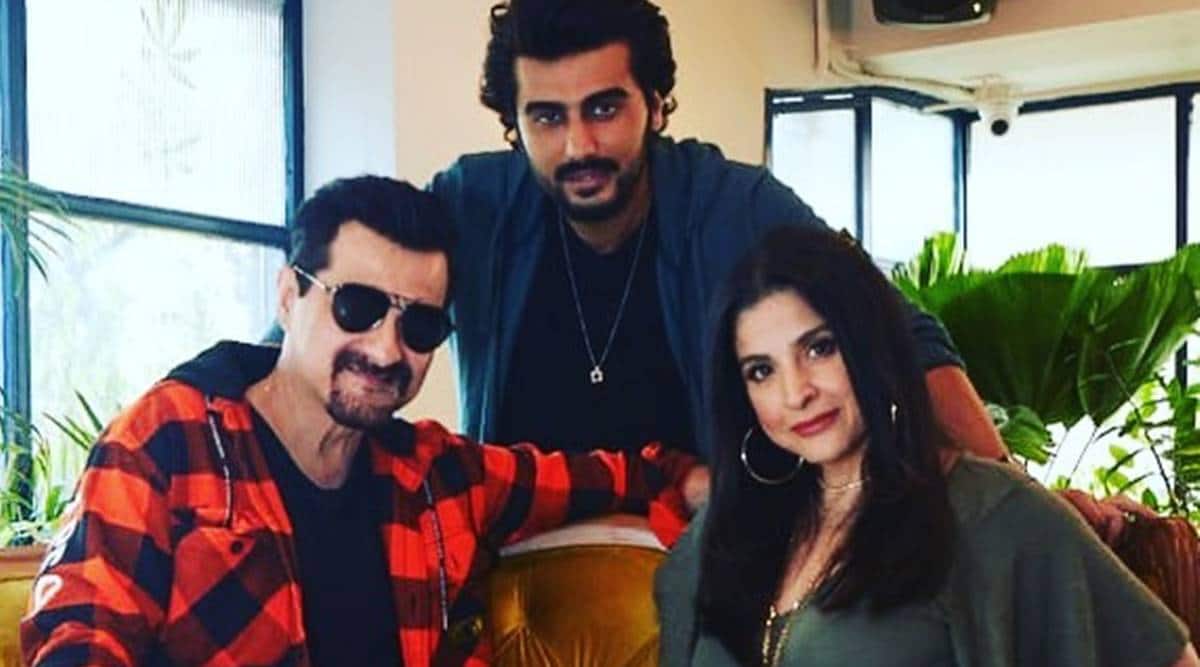 Arjun Kapoor on Sunday treated his fans to an adorable photo of himself with Sanjay Kapoor and Maheep Kapoor. Wishing Sanjay on his birthday, Arjun wrote, “Happy birthday to the nicest soul the wittiest man & someone who can make people laugh all the time… love you @sanjaykapoor2500 but I’m still funnier than you.” In response to Arjun’s post, Sanjay disagreed with Arjun claiming himself to be funnier. He replied, “I don’t think so. But you are a close 2nd.” Sanjay Kapoor turned 56 today.

The actor, who has featured in several films and series, is looking forward to the debut of his daughter Shanaya Kapoor.

Recently, Sanjay also expressed his solidarity with Shah Rukh Khan’s son Aryan Khan, who is currently in judicial custody. SRK’s son Aryan Khan has been in the limelight ever since he was taken under NCB custody on October 2 after a cruise was busted with regard to a drug case. Apart from Sanjay, several celebrities have extended their support to Aryan.

On the work front, Sanjay recently featured in a short film titled Friction, which is streaming on YouTube. He was also seen in Amazon Prime Video’s The Last Hour in which he played the character of DCP Arup Singh. He will next be seen in Finding Anamika, which will stream on Netflix.

Arjun Kapoor, on the other hand, has multiple projects in pipeline. Earlier this month, the actor shared the first look of the movie titled The Ladykiller. Talking about the film, Arjun said in a statement, “When the script of The Ladykiller came my way, I was hooked! It was gripping, intriguing & emotionally charged. I couldn’t put the script down from the moment I started reading it. I am very excited to be a part of this journey with my amazing producers Bhushan sir, Shaailesh sir and of course my director Ajay Bahl sir. I can’t wait to prep for my role, it’s going to be my most challenging role yet, but I’m excited.”

He also has Ek Villain 2 up for release. The Mohit Suri directorial will release on Eid 2022.

‘I did not want to connect with negativity’: Shriya Saran