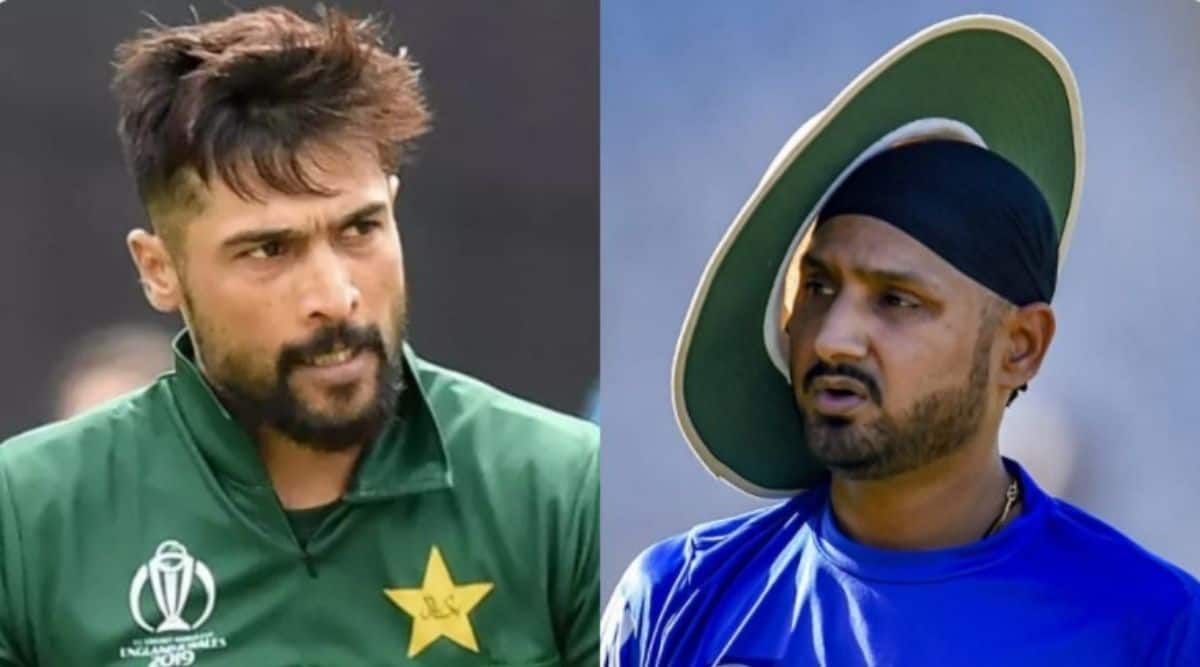 After India were made to eat humble pie on Sunday when they lost to Pakistan in the T20 World cup, former left-arm pacer Mohammad Amir took a dig at Harbhajan Singh on social media.

Amir took to Twitter on Monday and asked, “Harbhajan Paa ji ne TVto nai toda apna?” which loosely translates to “Did Harbhajan break his TV.” The comment was made over the taunts of Indians about Pakistani fans breaking their television sets after losing to India in the past editions of world cups.

To this, Singh replied on Twitter saying, “Ab Tum bi bologe @iamamirofficial. yeh 6 ki landing tumhare ghar k tv par to nahi hui thi ?? Koi nahi hota hai end of the day it’s a game of cricket as u rightly said” which loosely translates to “Now you will also say things? Did this six land on your TV at home?” With this tweet he attached a video of him hitting a last over six against Pakistan.

Things just kept on escalating from there as the two cricketers tweeted out replies to each other with Amir taunting the Indian spinner with a video of him conceding 4 sixes of 4 balls from Shahid Afridi.

Not one to back down, Harbhajan Singh slammed Amir for the ‘Lord’s Test No-Ball’ spot fixing incident in 2010 to which Amir replied with “Bare hi dheet ho talking about my past wouldn’t change the fact that tumko 3 din pehle moun ki khani pari. and how about your illegal bowling action mate ab nikal or humko WC win karta dekh. walk over tu nhi mila jao Park me walk karo u’ll feel better @harbhajan_singh” which if loosely translated means ” Talking about my past won’t change the fact that you lost on Sunday. And what about your illegal bowling action mate? Now, just watch us lift the World Cup. You didn’t get a walkover, now go and walk in the park.”

Harbhajan fired back with the same video of him hitting the six in the last over to win the match for India. And simply tweeted, “Fixer ko sixer, chal daffa ho ja” along with the aforementioned video.

Weekly Sports Newsletter: Good old Pakistan back, and so is cricket’s...