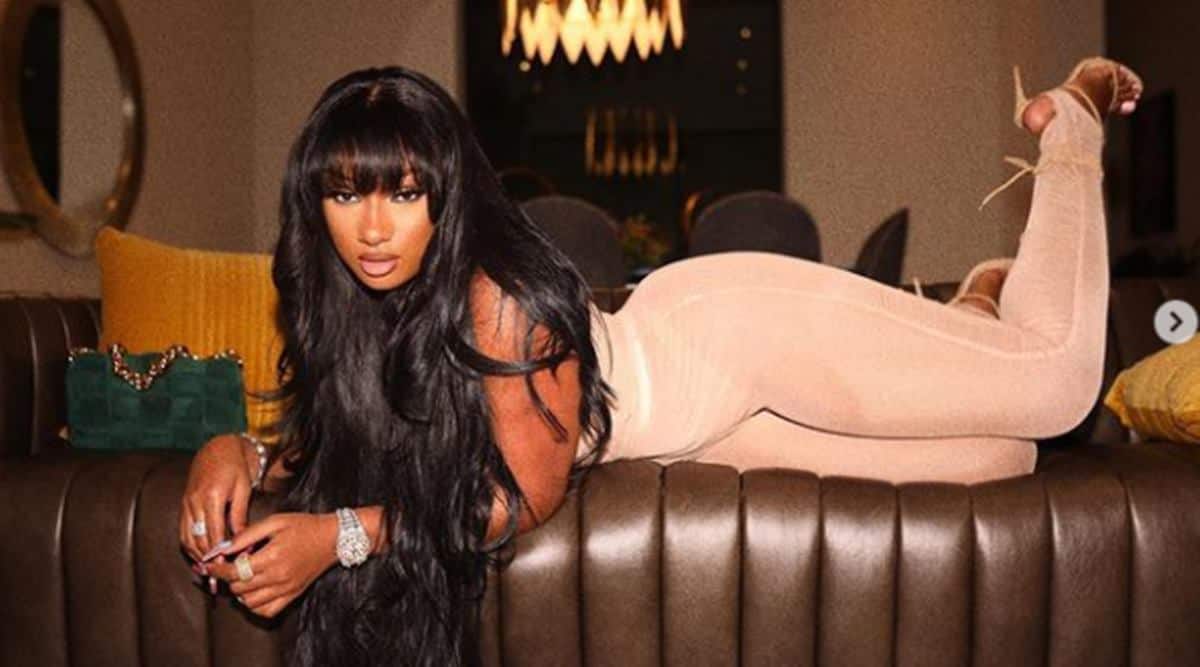 Globally, body positivity has become a significant movement. It encourages people to embrace their bodies and love themselves with all their flaws and imperfections.

Social media has become the platform that has perpetuated this concept, with celebrities sharing real and raw photos of their bodies, encouraging their fans and followers to judge less and love more. So, when Megan Thee Stallion joined the bandwagon, it caused some stir. The rapper earned praise for flaunting the stretch marks on her thighs.

Earlier this week, Megan, whose real name is Megan Pete, posted a few pictures wearing a black Fashion Nova bodysuit. She let her hair loose, accessorised with a necklace, and allowed her outfit to do all the talking.

The dress’ cut allowed the rapper to show off her stretch marks which are present on her upper thighs and hips.

Her followers quickly jumped in to laud her for being real on social media, where it is very easy to hide behind filters, which only promote unreal beauty standards.

“It’s the realness and natural body for me.

Just like Megan, many other celebs in the past have shared photos of their stretch marks, which commonly appear when there is rapid weight gain or loss, and during and after pregnancy.

Earlier this year, Khloe Kardashian was also praised by fans for keeping it real on Instagram, wherein she had posted photos of her beach body that featured stretch marks.

Her elder sister Kourtney Kardashian had also shared pictures of the cellulite that appeared on her skin, leaving fans pleasantly surprised that she chose to not edit her picture.

These instances are always seen as encouraging; it allows people to accept and then embrace themselves. We wish for more celebrities to promote body positivity in the future.

What do you think?

Jagjit Singh was my guru, my life partner and above all my protector, writes Chitra Singh

How to Permanently Hide Chats in WhatsApp

1.5 million in U.S. got Moderna or J&J Covid booster in first 5 days