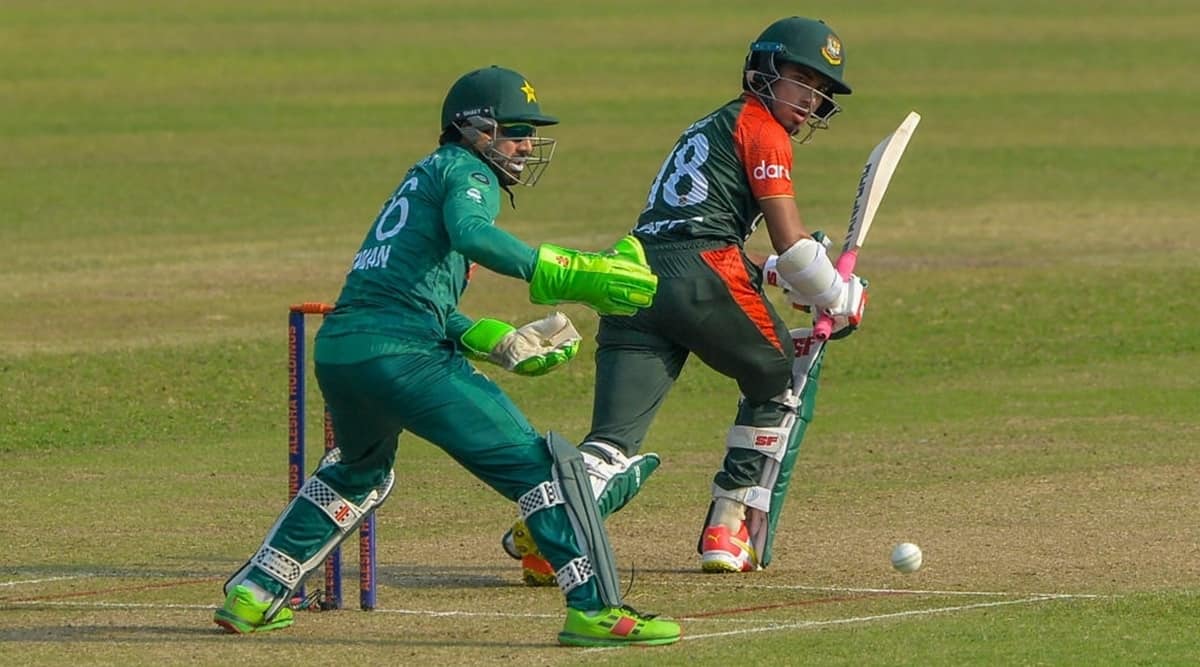 Pakistan recovered from a precarious 24-4 to beat Bangladesh by four wickets on Friday in the first of their three Twenty20s.

The match was in the balance with three overs to go, then Shadab Khan and Mohammad Nawaz hit two sixes each and Pakistan reached 132-6 in 19.2 overs, knocking off Bangladesh’s 127-7.

Fakhar Zaman and Khushdil Shah launched Pakistan’s recovery with a 56-run partnership for the fifth wicket. They scored 34 each, removed in quick succession when Fakhar chased a wide delivery of fast bowler Taskin Ahmed to edge to wicketkeeper Nurul Hasan, and Khushdil was undone by a slower ball outside off by pacer Shoriful Islam.

With the visitors needing 32 runs in the last three overs, Shadab Khan and Mohammad Nawaz pulled off a blitz to break Bangladesh’s stranglehold.

Aminul, one of the home team’s specialist bowlers, only came to bowl in the last over when Pakistan needed two runs for the victory.

Player of the Match Hasan Ali reflects on his performance in the first #BANvPAK T20I#HarHaalMainCricket pic.twitter.com/ln6yRZj7GH

Pakistan made a cautious start on the slow pitch before fast bowler Mustafizur Rahman rattled the stumps of Mohammad Rizwan for 11.

Captain Babar Azam dragged one on to his stump on 7, but Bangladesh failed to keep up that pressure to the end.

The damage was ultimately done when it was restricted to 127-7, continuing a poor batting record that haunted Bangladesh in the T20 World Cup. The team has lost six straight T20s.

Pakistan pacer Hasan Ali, with 3-23, triggered a collapse, leaving Bangladesh at 40-4 in the ninth over.

Afif Hossain top-scored for the side with 36 and Mahedi Hasan was unbeaten on 30 to help the side get past 100.

The second match is on Saturday.

Tomato Price Hike: 5 Ingredients That You Can Use Instead Of Tomato