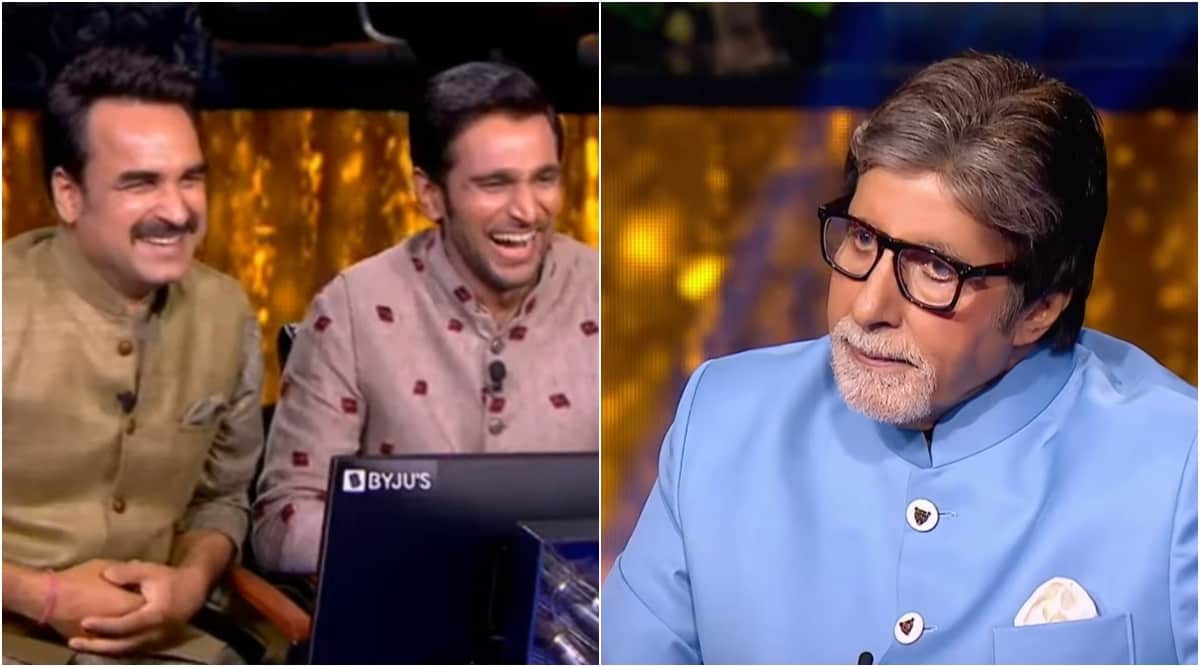 Actor Pratik Gandhi could not contain his happiness after getting a chance to sit on the ‘hot seat’ in Amitabh Bachchan-hosted Kaun Banega Crorepati. The Scam 1992 star tweeted a promo video shared by the Sony TV handle, also revealing his “fear” of being on the special episode of KBC 13.

Pratik is set to play the game along with other current fan favourite, actor Pankaj Tripathi. Pratik, who’s currently awaiting the release of his Bollywood debut film Bhavai, tweeted, “So many years after my engineering, I felt the fear of exam before getting on the “Hot Seat”.”

In the video, we see both Pratik and Pankaj developing a cold feet in the green room prior to getting on the hot seat. Bachchan, who’s already announced their names, heads backstage to drag them. While Pratik hints that he has an upset stomach after he ate “chutney” in the morning, Pankaj adds “sir raahu-kaal chal raha hai toh prashna-kaal mein naa le jaayein.” Bachchan warns them with, “Yeh sab bahana-baazi yahan nahi chalega (Such excuses won’t work here).”

In another video posted by the channel on Wednesday, we see Pratik asking some middle-class questions to Amitabh Bachchan, things every common man does. Pratik threw bounces at Bachchan senior on whether he’s ever banged the remote control if it wasn’t working or wiped off his hands on his attire after eating food. Initially startled, Bachchan adds that in his early days when he had long beard, he did wipe his hands on the beard itself.

Sony TV had also shared a promo on Tuesday where we saw Pratik speaking some dialogues around the risk-taking abilities of a Gujarati businessman, along with reciting the famous dialogue “Risk hai toh ishq hai” from Scam 1992, leaving Amitabh Bachchan cheering for him.

Pratik shot to fame after playing Harshad Mehta in the blockbuster web series on Sony LIV last year. On the other hand, Pankaj Tripathi has become a favourite face on screen after doing varied characters in projects like Mirzapur, Ludo, Gunjan Saxena and Mimi in the last few months.

The special episode of Kaun Banega Crorepati will air on Sony TV on October 1 at 9 PM.

‘The Morning Show’ season two trailer: Wreckage in the newsroom