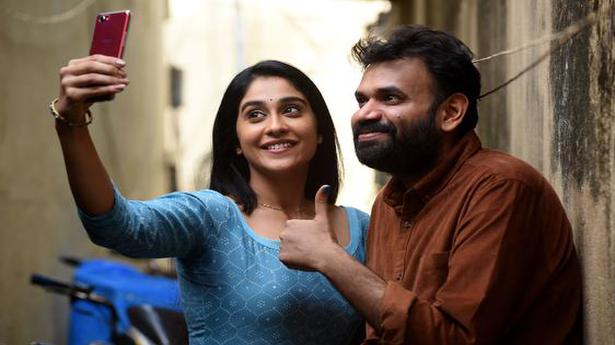 Chimbudeven is best known for his fantasy-comedy outings, including his debut hit Imsai Arasan 23am Pulikesi (2006), but the filmmaker is taking a different route with his upcoming Kasada Tabara.

“It will be emotional and serious, as the storyline demands that kind of treatment,” says the director, in a chat about the film starring Harish Kalyan, Sundeep Kishan, Shanthnu Bhagyaraj, Regina Cassandra, Priya Bhavani Shankar and Premgi Amaren, among others. Excerpts:

How did this project come about?

I had a six-month gap during the pre-production of Pulikesi 2 a couple of years ago. At that time, I had an idea of a compact film that I casually narrated to my friend, filmmaker Venkat Prabhu, who liked it so much that he wanted to produce it. While it focusses on six people who lead different lives, there is a common thread throughout: Kasada Tabara is a hyperlink film.

There have been several anthologies in the recent past, but yours is a hyperlink…

This is not something new to Tamil cinema: Thiruvilayadal (1965) is a hyperlink subject, with Lord Shiva being the common link. Mine has six episodes that are connected to each other in some way.

While many Tamil filmmakers have chosen North Madras as their milieu, you have gone down South…

South Madras is as beautiful and significant as the North. Here, every neighbourhood has a distinct quality. Kasada Tabara showcases many parts of Mylapore, Adyar, OMR and ECR. I don’t think there is a lot of difference between North and South Madras…the latter too has fishermen, Madras baashai and is steeped in history.

You have chosen six different cinematographers and music composers for this project. How challenging was it?

I have got the experience of six films in this one project! The entire process was very interesting because I got to work closely with established technicians offering different perspectives.

Do you think releasing this on an OTT platform increases its chances of discoverability, especially among non-Tamil audiences?

Cinema is all about evolution. We need to change with the times. The creative process is still the same, but it is the platform that is changing. In the last few years, most filmmakers have become comfortable with OTT platforms, and I would like to think that there are more positives in it than negatives.

Kasada Tabara will stream on Sony Liv from August 27

Kangana Ranaut: ‘We need to discourage Hollywood movies as they are...